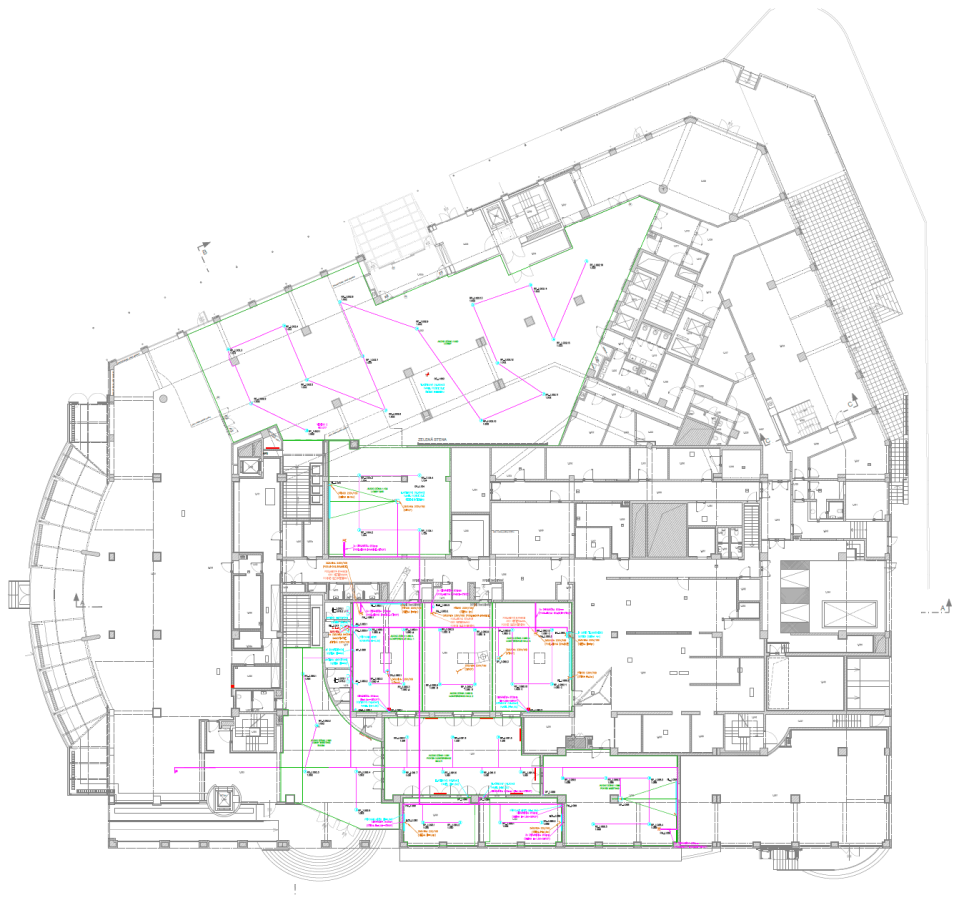 MODERN SPACES INCLUDING A HALL WITH AN INTERPRETING SYSTEM

In the hotel premises, you can find spaces with a variety of uses from meeting rooms, through social spaces to a wellness center. For AV technology designers, it is a pleasent exercise for their wide range of skills. That is the way it was in Hotel Danube, where we have designed AV equipment.

What spaces were part of the project?

What does our AV equipment enable?

Large conference hall is going to be equipped with a central projector with the possibility to divide to the hall into three smaller identical spaces. In a default mode, the central Epson EB-2250U projector of 1920 × 1200 resolution and 4000 ANSI lm output power project onto a motorized screen eith the width of 3.5 meters. The second identical projector is used as complementary or for longitudinal orientation of the projection in a split mode. In this case, a screen of 3m width is used.

IP dome cameras Dahua IPC-HDBW2300RP-Z are also part of the AV system. They ensure the transfer of the image preview from the hall. Sound system in the hall consists of JBL Control 14C/T two-way full-range ceiling loudspeakers. For people who present, we have designed a wireless microphone system.

Extron touch control panel is going to ease operations, and for external sources there are going to be installed floor and table connection points.

BOSCH interpreting system is going to consist of four 6-channel interpreter desks with a loudspeaker providing listening and calling functions for interpreters. In the control room, there are going to be installed BOSCH INT-TX04 4-channel IR transmitter and BOSCH LBB 3422/10 symmetrical audio input and a module of interpreters.

Social, common areas and wellness center are going to be equipped with multi-zone ambient sound system consisting of JBL Control 14C/T two-way full-range ceiling loudspeakers. Zoning is solved by the powered branches leading into individual areas. Thanks to the Extron scaling presentation matrix switcher, that controls the entire zone sound system, it is possible to group individual power branches together without any physical change in the system.